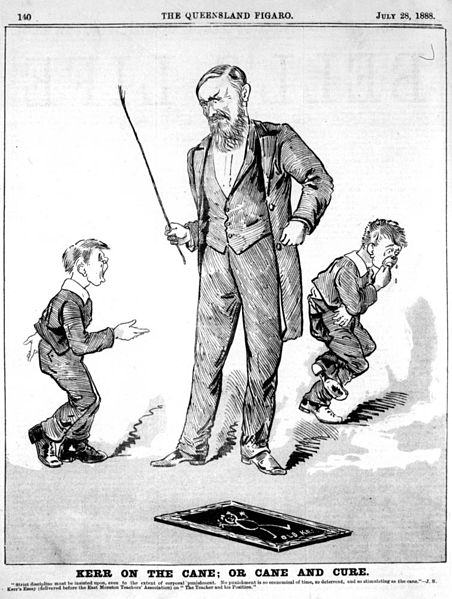 I remember as a child hating maths and dreading the weekly maths lesson at junior school. There was I, a chubby eight year old in short trousers and a grey school uniform. It’s one of those abiding childhood memories that continues to haunt me. Maths held no joy for me as it was the setting for weekly ritual humiliation. There I’d sit, in the same chair at the same desk in rows with the others, sun streaming into the classroom window while I’d long for the ground to swallow me up. I’d feel sick the evening before in apprehension of this lesson.

Here we were, learning multiplication tables by rote. The teacher, a stern elderly lady with grey hair at the front of the class chanting a monotonous rhythmic dirge, “Two seven’s are fourteen, three seven’s are twenty-one, four seven’s are twenty-eight…” This boring chanting seemed to go on for ever. Or at least I hoped it would.

Then the moment of dread. “Clifford, you, boy! What are six eights?” Frozen to the spot, my school uniform boiling hot in the rays of the sun from the window. My tummy turning, eyes watering- I just wanted to run. “Well, boy?” She would exclaim. My brain in complete lockdown seemed to fail on me. Desperately I tried in vain to find the answer but in the end I blurt out some random figure. I now wait for the ritual humiliation to begin. A titter from the back soon turns into a chuckle, followed by laughter from what seems like the whole class. “On the chair”, she commands. I duly obey and go rigid waiting for the moment the ruler smashes into my leg, stinging. Children laughing. Once again my prediction had come true.

Now as an adult not only can I see the wrong in this sort of ritual punishment and gratuitous violence dished out in the name of education, but I can understand fully why I reacted as I did and my mind went blank. Some fifty years later as a psychotherapist who specialises in trauma, I now know all about “fight and flight” and our evolutionary response to threat.

I want you to imagine the scene; you are alone in the jungle and a wild animal, a tiger appears from the vegetation. You hear the rustle and see the leaves move. At once you spot it. Do you think to yourself, “I wonder if that is a male or female tiger?” or “I wonder if it is hungry?” No you don’t. Furthermore your brain switches off the thinking part. It does so deliberately, instinct kicks in and you make a grab for the nearest tree and climb up quicker than you have ever climbed in your life. You see, if you stop and think you are creating a delay, precious time when either you could attack the predator if escape. In other words, stop, think, equals lunch!

Looking back, if only I could have acted as my instinct was telling me? I would have leapt out of that sunlit window or broken down the door to escape. Still, that’s all ancient history now.

Until next time. Steve